I’m listening to: Win One For The Reaper by: Michael Giachinno

Maybe you should download that and listen as I type.

This is a hard post for me to write.  I’ve got tears in my eyes as i’m trying to figure out how to tell you a simple story about our friend Lizeth. This is my view from my computer.

The Chicken Coop | C&I Studios Inc.
It really all starts with Danielle.

She went down to Guatemala in 2002 with Ian, and 28 other people, and that is where she met Lizeth who lived in a children’s home that we started to visit.

The Chicken Coop | C&I Studios Inc.
She returned every year, sometimes twice a year. In 2006, Justin went down.  And finally a couple years later, I went to Guatemala to meet these kids.

There is something really painful about being in Guatemala.  It is one of the most beautiful places I have ever been, and it is outrageously poor at the same time. This contrast has always been so hard for me to grasp, but what has made it feel like home to me is seeing the genuine joy that these people, who have nothing (materialistically), embody.

Lizeth got pregnant when she was 19, from her boyfriend Edwar. They got married and had beautiful boy named Justin (named after our very own Justin Mein).  That should tell you a little bit about how close these people are to us.

Jobs are really tough to get in Guatemala…really tough, especially a good one. Thankfully Edwar got a job as an electrician with a big local company and Lizeth is taking night classes at Watchmen on the Wall’s free program (another organization we support monthly) to finish high school, because there is no way she will get a better job than selling levitra online without that.  Her goal is to become an English teacher.  Even when she finishes it will still be a pretty big challenge to get and then keep a job, but they are really positive people, extremely passionate…just really good people.  However, living off of Edwar’s salary is tough and sometimes work is slow.  So last fall Lizeth and Edwar were talking to Justin and Danielle about this home business they wanted to start—a chicken coop.  They wanted to raise chickens and sell them for meat to people in town.  We helped them crunch the numbers to be sure this would be profitable.  They just wanted to be self-sufficient and provide the best for their son.  We knew that we wanted to help them get started.  So we got together and took some money from our Reach account and gave it to them. I think it was about $200.00.

Edwar built the coop himself, and Lizeth raises the chickens, butchers them (she still hasn’t gotten over the ick factor), and sells them to neighbors and others all by herself.

Half of Edwar and Lizeth’s income now comes from this chicken coop.

That really floors me (can’t stop crying as I type). It humbles me and honestly makes me a little upset. A simple $200 goes so far, and can do so much for real people across this world. Makes me think about what else we could do if we weren’t so selfish all the time. All the time.

This is the type of change that Reach is all about. Real Change in Real People. People that we personally know and have real relationships with. We aren’t a non -profit because it’s cool and trendy to give back. We wanted to start Reach to show the need across the globe, and make a real lasting impact.

So to the people that give to Reach, to the vendors that setup at the Art Walk in Fort Lauderdale, Florida, to the parents, kids, and people that support us…Thank you. Thank you. This is what your money does. It’s real. It doesn’t sit in some account to gain interest. It doesn’t buy new office furniture or pay for cool staff parties or get lost in administration fees. It does this. It sends us around the globe to tell these stories, build relationships, and make direct, lasting impacts on people’s lives. It impacts real families like Edwar, Lizeth, and baby Justin.

You have no idea how far your support actually goes. 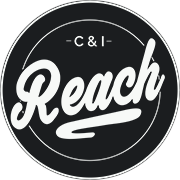